You cannot reason with the unreasonable;
When it is time to fight,
WE FIGHT TO WIN.
Schedule your consultation today
Home
Attorney Profiles
Alyssa M. Levine Esq. 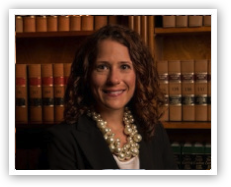 Ms. Levine grew up in Charlotte, North Carolina and is a product of the Charlotte-Mecklenburg school system. She attended Matthews Elementary School, Randolph Middle School, and graduated from Providence Senior High School. Ms. Levine continued her education at the University of North Carolina at Chapel Hill. She was a member of Zeta Tau Alpha national fraternity and graduated with a Bachelor of Arts degree in Public Policy and a Bachelor of Arts degree in Political Science. After graduating from UNC, Ms. Levine worked in the San Francisco Bay Area for a small company and private family foundation, focused on local and national philanthropy. Following her work on the West Coast, Ms. Levine returned to North Carolina to work for a global services and technology corporation which ran and managed the state online purchasing system.

Ms. Levine is President of the North Carolina Association of Women Attorneys and Immediate Past-President of the Charlotte Women's Bar, a local NCAWA chapter.  Ms. Levine also serves on the Diversity and Inclusion Committee of the Mecklenburg County Bar, and the Young Lawyers Division Nominations Committee of the North Carolina Bar Association.  When Ms. Levine is not working, she volunteers for Lawyer On The Line and squeezes in yoga, FlyWheel, running, or barre classes whenever possible.