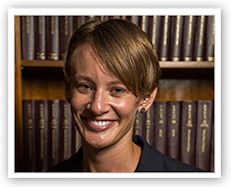 Jillian Swords is a Union County native and earned her Bachelors of Science in Journalism from Appalachian State University in 2009. She then freelanced as a writer with various publications in North Carolina, including the Watauga Democrat and High County Press, for two years before moving to New Orleans, Louisiana to attend Tulane Law School. Ms. Swords earned her Juris Doctor from Tulane Law in 2014. In her time at Tulane, Ms. Swords clerked for the Orleans Public Defender, Louisiana Center for Children's Rights, and Innocence Project New Orleans. She worked as a Student Attorney for the Tulane Criminal Law Clinic from 2013 to 2014, where she served as counsel of record for indigent clients and successfully argued before the State of Louisiana 5th Circuit Court of Appeal and Orleans Parish Criminal District Court. After law school, Ms. Swords clerked for several different New Orleans-based practices in the areas of criminal law, environmental law, labor/employment law, and civil rights law.

At Arnold & Smith, PLLC Ms. Swords primarily focuses her practices on criminal law cases, from traffic violations and DUI/DWI cases, to all levels of misdemeanor and felony charges at both the state and federal levels. Her practice also includes civil domestic violence and no-contact order cases. Ms. Swords handles criminal law cases primarily in Mecklenburg County and the surrounding counties, as well as the United States District Court for the Western and Middle Districts of North Carolina.

Ms. Swords also volunteers as General Counsel for Transcend Charlotte, a local LGBT+ rights organization. When she is not working, she hikes around with her mutt Jax, builds furniture, and horseback rides.