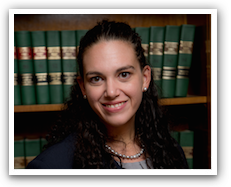 Anastasia Cowan is a Board Certified Specialist in Child Welfare Law. Ms. Cowan is one of only twenty-one attorneys in North Carolina who hold the specialization, and the only private sector attorney holding the specialization in Mecklenburg County. The Child Welfare Law Specialization is the practice of law representing children, parents or the government in all child protection proceedings including emergency, temporary custody, adjudication, disposition, foster care, permanency planning, termination, guardianship, and adoption. This specialization requires that a lawyer understand relevant principles from child development and psychology regarding individual and family dynamics and appropriate treatment modalities for child abuse and neglect and be capable of recognizing the professional responsibility and ethical issues that arise out of the client’s status.

Ms. Cowan pursued her undergraduate degree at Ohio State University. She was a resident advisor, a member of the Golden Key International Honor Society, and a member of the Women’s Glee Club. While at Ohio State, Ms. Cowan was able to sing in various places throughout the United States and had the opportunity to sing at Carnegie Hall in New York City. Ms. Cowan graduated with a Bachelor of Arts degree in English in three years and used the fourth year to intern at the Ohio State Bar Foundation. At the Bar Foundation, Ms. Cowan was able to work on various charitable endeavors throughout the community.

Ms. Cowan attended Capital University Law School in Columbus, Ohio, where she earned a J.D. with an education concentration in children and family law. While at Capital, she worked for the National Center for Adoption Law and Policy, interned with the Durham County Attorney for the Department of Social Services and worked as a hearing officer for Franklin County’s Teen Court Program. She also competed on the school’s Children and Family Moot Court team.

After graduating from Law School, Ms. Cowan moved to Charlotte and opened a private practice focusing in indigent criminal defense, juvenile delinquency, and child welfare. Shortly thereafter, Ms. Cowan was hired on as the Mental Health Attorney on the Children’s Defense team at the Council for Children’s Rights. While in that role, Ms. Cowan represented hundreds of child clients in mental health and delinquency proceedings.

When Ms. Cowan is not working, she enjoys volunteering, running Disney Half Marathons, traveling, spending time at the beach, and throwing tennis balls to her shih tzu, Daisy.

National Association of Counsel for Children