You cannot reason with the unreasonable;
When it is time to fight,
WE FIGHT TO WIN.
Schedule your consultation today
Home
Attorney Profiles
Courtney L. Carter 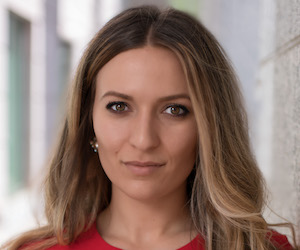 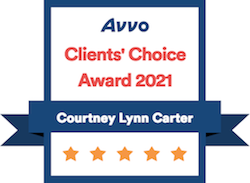 Courtney Carter is originally from Pittsburgh, Pennsylvania, but has resided in the Charlotte area since 2011. Prior to relocating to Charlotte, Courtney pursued her undergraduate degree at Kent State University. She graduated with her Bachelors of Science Degree in Business Management with a focus of Pre-Law in three years. During her time at Kent State University, Courtney had the opportunity to perform an internship with one of Pennsylvania’s State Senators. During Courtney’s time with the Senator’s office, she was able to assist constituents with government assistance programs, as well as organize events for children, veterans and senior citizens.

While in law school, Courtney was the campaign manager for a local candidate running for Charlotte City Council, District 6. After graduating from law school and earning her J.D., Courtney began practicing in the area of Family Law in the Charlotte region. In 2018, Courtney joined Arnold & Smith, PLLC, maintaining her focus on: Divorce, Child Custody, Child Support, Equitable Distribution, Alimony, Post Separation Support, Prenuptial Agreements, and Postnuptial Agreements. Courtney is also a Board Certified Specialist in Family Law.

Courtney thrives to provide her clients with honest, direct and vigorous representation, both inside and outside the courtroom. As a child of divorce, Courtney is familiar with the various difficulties families face not only when contemplating or going through a divorce, but in the aftermath following a divorce. As such, Courtney is passionate about guiding her clients through the divorce process to achieve the best results possible.

While Courtney is not working, she enjoys spending time with her husband, family, friends and beloved dog, Jackson. In addition, Courtney likes hiking, exercising, and being outdoors. Courtney also serves on the Board of Directors for her condo association.