You cannot reason with the unreasonable;
When it is time to fight,
WE FIGHT TO WIN.
Schedule your consultation today
Home
Attorney Profiles
J. Bradley Smith Esq. 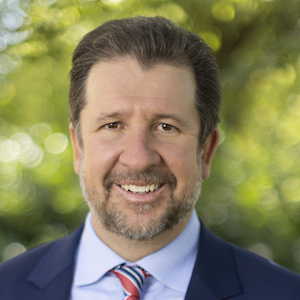 Mr. Smith has lived in Charlotte for most of his life. He is a graduate of Charlotte Country Day School and North Carolina State University. He received his law degree from Mercer Universities Walter F. George School of law where he was a member of the Dean’s List and President of the Federalist Society. After graduation, Mr. Smith returned home to Charlotte and joined the Mecklenburg County District Attorney’s office prosecuting both felony and misdemeanor cases. In 2006, Brad left the public sector and entered private practice. In 2007, he teamed up with fellow Charlotte native Matt Arnold and founded Arnold & Smith, PLLC.

Mr. Smith is a graduate of the prestigious National Trial Advocacy Program at the National Advocacy Center in Columbia, South Carolina. He has received the National Highway Transportation Safety Administration certificate for DWI detection. This certificate requires the same training police officers undergo to spot motorists suspected of driving while impaired. He is also a certified operator of the Intoxilyzer 5000, the device used by law enforcement to test alcohol concentration.

Mr. Smith is married with three children and two dogs. In his free time he enjoys traveling with his family, playing golf and boating in the waters around his home on the South Carolina coast.

North Carolina Advocates for Justice
Board of Governors

Contact Us Now!
Client Reviews
★★★★★
I was very impressed with Brad Smith. He's a very confident, competent attorney who successfully defended me in court. He and his staff keep you at ease and informed throughout the entire process. I recommend him to anyone facing charges. Steven Williams
View More »
Submit a Law Firm Client Review