You cannot reason with the unreasonable;
When it is time to fight,
WE FIGHT TO WIN.
Schedule your consultation today
Home
Attorney Profiles
Jeff Thompson 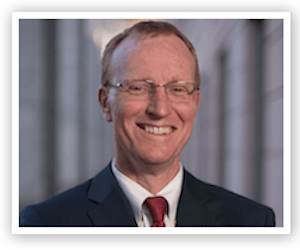 Mr. Thompson is a native Floridian having grown up in Fort Lauderdale. After graduating with honors from Fort Lauderdale Christian School, he was offered placement in the Honors Program at the University of Georgia. Following receipt of his undergraduate degree in Political Science, he remained in Athens and received his law degree from the University of Georgia School of Law. During that time he was also an officer in the Demosthenian Society in which he focused on oral argument and debate.

Prior to relocating to North Carolina, Mr. Thompson practiced a wide array of litigation in both Georgia and Florida, including personal injury, wrongful death, as well as admiralty and maritime litigation. However, since moving to Charlotte in 1995, he has tailored his practice to criminal litigation focusing primarily on individuals charged with DWI/DUI, felonies and misdemeanors in Mecklenburg, Cabarrus, Union, Catawba, Gaston, Iredell, Lincoln and Stanly counties.

Jeff is married to his lovely wife Bobbie and they are the proud parents of one daughter. He is an avid athlete and remains active as a tournament level golf and tennis player. He has also spent his time helping teach and mentor young people through tennis and with his work through the Special Olympics.

Mr. Thompson is a member in good standing in the North Carolina State Bar, the Georgia State Bar and the Florida State Bar, and has been admitted to practice in the Southern District of Florida Federal Bar.

J.D., University of Georgia, 1989
Member and Officer of Demosthenian Society