You cannot reason with the unreasonable;
When it is time to fight,
WE FIGHT TO WIN.
Schedule your consultation today
Home
Attorney Profiles
Matt Arnold Esq. 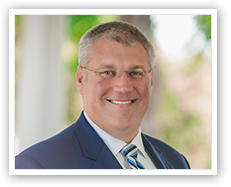 Mr. Arnold grew up in Charlotte, North Carolina and is a product of the Charlotte-Mecklenburg school system. He attended Carmel Junior High, South Charlotte Middle, and graduated from Providence Senior High School. Mr. Arnold continued his education at Belmont Abbey College where he received a basketball scholarship and played varsity basketball for four years. He was a member of Phi Kappa Theta national fraternity and graduated from the Belmont Abbey College Honors Institute. After graduating cum laude from Belmont Abbey College with a degree in Psychology and a minor in Philosophy, Mr. Arnold attended law school at the University of North Carolina at Chapel Hill. Mr. Arnold also received a full academic scholarship to UNC Law and worked as a research assistant to Professor Walker Blakey. He assisted Professor Blakey in updating the North Carolina Courtroom Manual on Evidence. Mr. Arnold also participated in the UNC Civil Legal Assistance Clinic and tried his first trial before even graduating from law school. Under the North Carolina third year practitioner rules, which allow third year law students to practice before the Court if under appropriate supervision and if other requirements are met. Upon graduating from UNC Law and passing the North Carolina Bar Exam, Mr. Arnold and his wife, Erin, returned to the Charlotte area.

Child Custody and Child Support Cases. These cases involve day to day parenting of minor children and the monetary support which is paid for their support. With respect to child custody, there are two important types of custody which are important. First, there is physical custody of the minor child. This has to do with where the child spends time on a day to day, night to night basis. The second is legal custody of the minor child. This type of custody relates to decision making authority for major issues: usually having to do with education, religion and major health matters. Child support, in most cases, is simply a matter of running a formula. The North Carolina Child Support Guidelines will control in most instances.

Post Separation Support and Alimony Cases. These cases involve spousal support where a dependent spouse seeks money from a supporting spouse for some period of time after separation and divorce. In most cases, these payments are intended to be rehabilitative in nature. For example, if one spouse has sacrificed their career in order to stay home and raise children, this can be a significant factor in determining alimony and post separation support. Also, marital misconduct is of vital importance in alimony cases and adultery can be a trump card under certain circumstances.

Equitable distribution cases. These cases involve the division of marital and divisible assets and debts. Typically, in North Carolina each spouse is going to be entitled to approximately one half of the marital estate. Several factors, like the economy and North Carolina law, should be considered carefully in dealing with the property and debt division issues which must be resolved as part of a divorce.

Heart balm tort cases. These cases involve alienation of affection and criminal conversation. Alienation of affection is a tort, much like an automobile negligence claim, where an injured party (spouse) sues another person (usually a paramour) for money damages for stealing away the affection of the injured party’s spouse. Criminal conversation is also a tort, but it is focused on seeking money damages for another person having sex with one’s spouse. North Carolina is one of the few states which still allow these kinds of cases. Heart balm cases are typically litigated in Superior Court. Mr. Arnold’s experience in Superior Court in front of juries gives him an edge in handling these cases which many family law practitioners do not have.

In addition to family law cases, Mr. Arnold handles personal injury and car accident cases. These kinds of cases typically arise out of an automobile wreck, motorcycle accident, or a slip and fall. His background in representing insurance companies gives him insight to claims handling practices and a keen eye for identifying and addressing the weaknesses of his cases. It also gives him an edge when it comes to leveraging the strengths of a case into a better financial settlement for his clients.

In his spare time, Mr. Arnold is an avid golfer and enjoys spending time on the North Carolina coast with his family. He and his wife, Erin, are the proud parents of three small children: two daughters and one son.

United States Court of Appeals for the Fourth Circuit

Contact Us Now!
Client Reviews
★★★★★
Because of the hard work of Mr. Arnold, he was able to close my divorce case quickly saving me over a hundred thousand dollars. The staff of Arnold and Smith were very professional. Always answering any of my concerns. I would highly recommend Mr. Arnold for any divorce. Bruce Collins
View More »
Submit a Law Firm Client Review