You cannot reason with the unreasonable;
When it is time to fight,
WE FIGHT TO WIN.
Schedule your consultation today
Home
Attorney Profiles
Paul Tharp Esq. 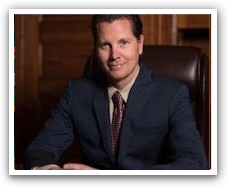 Paul Tharp grew up in the northwest suburbs of Chicago, Illinois. After graduating from high school, Mr. Tharp continued his education at the University of North Carolina at Wilmington, where he received a basketball scholarship and played varsity basketball for three years. Mr. Tharp graduated magna cum laude from UNCW with a degree in English and a minor in Philosophy. He then attended law school at the University of North Carolina at Chapel Hill. While in law school, Mr. Tharp competed on the Moot Court Invitational Team and worked as a columnist for The Daily Tar Heel and Mere Dictum, two campus publications. After graduating from UNC Law and passing both the Florida and North Carolina Bar Exams, Mr. Tharp and his wife, Tisha, settled in the Charlotte area.

At Arnold & Smith, PLLC, Mr. Tharp mainly focuses his practice on civil rights cases, post-conviction relief petitions and appeals, civil and criminal appeals, car-crash cases, and other injury and appeal-related matters. Mr. Tharp handles cases primarily in the Charlotte metropolitan region and in the Federal District Courts in North Carolina. In some circumstances, Mr. Tharp will handle injury or appeal cases outside of the greater Charlotte and Mecklenburg County areas.

Car Crash Cases. Car Crash Cases are negligence cases. A driver on a public road has a duty under the law to use reasonable caution. When a driver breaches that duty and the breach of the duty causes a crash, the driver is liable for the damage caused by the crash. Drivers in North Carolina are required to carry liability insurance. In most cases, drivers and passengers also carry uninsured and underinsured motorist coverage, medical payments coverage, and other types of applicable no-fault insurance coverage. Many Car Crash Cases involve properly identifying and securing the maximum coverage necessary to compensate a person for bodily injuries sustained in a car crash. It is often necessary, in addition, to bring lawsuits to vindicate the rights of injured persons.

Civil Rights Cases. Civil Rights Cases typically involve a person who has been injured by the negligent or intentional conduct of a law-enforcement officer, a governmental entity, or the employee of a government. At Arnold & Smith, PLLC, Mr. Tharp has represented injured parties in cases against states, state agencies, cities, counties, universities, public school boards, charter schools, and numerous individuals employed by those entities.

Appeals and Post-Conviction Relief. When a litigant loses a civil case or is judged guilty in a criminal case, the litigant may often have the right to appeal the judgment. In addition to the right of appeal, a civil or criminal litigant may have the ability to bring post-trial motions within a specified period of time, file Motions for Appropriate Relief, file petitions for writ of certiorari or habeas corpus, or take other steps to protect and promote one’s rights and interests. At Arnold & Smith, PLLC, Mr. Tharp has represented numerous civil and criminal litigants in appeals and other post-judgment actions. Mr. Tharp has helped to secure favorable results for clients in appeal matters before the Fourth Circuit Court of Appeals, the North Carolina Supreme Court, and the North Carolina Court of Appeals.

In his spare time, Mr. Tharp is an avid runner and enjoys spending time hiking through the foothills of the Carolinas with his family. He and his wife, Tisha, are the proud parents of a son and two daughters.

United States Court of Appeals for the Fourth Circuit